East London. Rom skatepark is one of the last skateparks from this era still fully running. Probably the last one actually. 37 years after stepping in for the first time, Matt Harris did a movie about it. And he just won Best Skateboard Documentary at Paris Surf & Skateboard Film Festival. 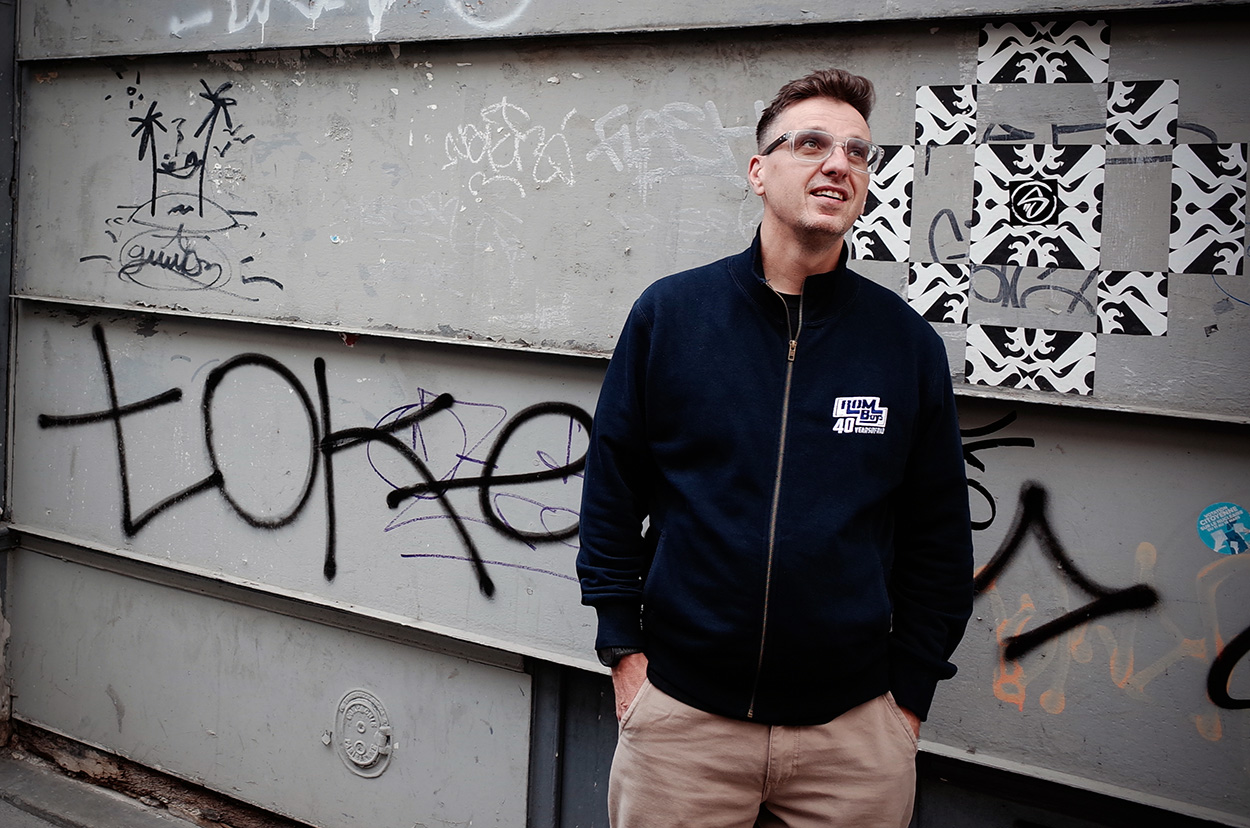 « THEY CAN KNOCK THE OTHER ONES DOWN, THEY CAN’T KNOCK ROM DOWN »

What was your first impression?
It was just huge! It was enormous, there’s nothing else like it.

There was no street scene, really…
Yeah, not even skateparks! There was nothing like this place.

What’s your best memory of it?
Well, I’ll tell you my worst memory: I had my bike stolen there. You know when all the kids would get their bikes down and get drinks, I came out and the bike was gone.

So one good story.
Probably making this film. The people I’ve met when making the film is probably the best.

How long did the filming process took?
Five years.

That’s a long time. Is this your daily job?
Yeah, I kind of do DP (director of photography-NDLR), filming, a lot of corporate commercials…

So this was your side project?
Yeah, it started as a side project but it overtook everything. It was so time consuming because I didn’t know where the story was going. I just kept filming all these skaters and riders but there wasn’t really a story so I had to keep going to find one! It was until things that happened in the middle of it that helped shape the story.

Oh yeah!
That’s when everything changed.

I see. There’a also a good amount of old footage in the film. How difficult was it to find that?
It’s funny because the guy who had all the old footage is a friend of mine from when I was 14. We used to skate together, and he tried to make a film 15 years ago. So he had loads of interviews from 15 years ago and he had gathered all the footage from other people. So he said « Look, here’s all the footage. I can’t do it, you do it! ». So that’s how I got all that stuff!

Was there some frustration where you would have loved to put more stuff in the film?
Oh, yeah, so much stuff! The Lance Mountain interview in the film is like 7 or 8 minutes but we’ve got like 2 hours of so much cool stuff!

It should be a bonus!
Yeah, maybe! Or Pedro Barros and Ronnie Sandoval skating it was also unbelievable…

I’m curious to see the whole Lance Mountain interview…
Oh man it’s so good! Everyone wants to see that interview.

I’m sure there’s a couple other skateparks that need a full documentary. I’m thinking Livingstone…
Well the BBC just did one about Livingstone. There’s also Harrow skatepark or Southsea that are the only 2 old ones but Rom is the only one that has the biggest story of preservation. They can knock the other ones down, they can’t knock Rom down.

How rough is it today?
It’s alright. Get soft wheels, Kryptonics or something!

You have to have that?
Yes. Well, Pedro Barros didn’t and he was unbelievable. He did things with hard wheels that no one had seen before. He’s like an alien.

Who would be the King or the Queen of Rom?
Lance, for sure! He went there when he was 15. His dad took him there. He went to all the skateparks in London in 1978 and when he came back he realized he could be a pro. So that trip defined him as a pro skater…

He’s not even English!
He’s dad’s English. He traveled to America, met his mom and Lance was born in the States, but his dad is very affiliated to Great Britain. That where’s Lance’s British sense of humor comes from! Ha ha ha !

Watch the movie HERE for less than 10€!